The F1600 is no longer in production or available directly from Leigh.
Select authorized dealers may have stock. Please contact Customer Service at 1800-663-8932 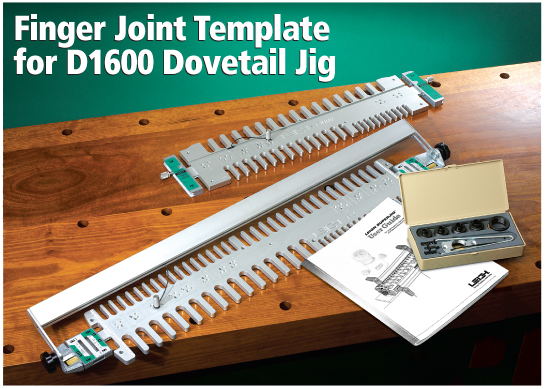 Joint fit is easily and precisely controlled using Leigh's patented Variable Guidebush System (VGS), a unique adjustable 3-piece template guidebush.
Rotating the barrel of the VGS, up or down, increases or decreases its active diameter. A 1/8 turn of the barrel adjusts joint fit by a mere 1/1000 of an inch!

The VGS comes standard with every F1600 Template, as do three tapered guides, one for each comb size. The VGS mounts directly to many router bases. Some routers may require a Leigh template guidebush adaptor. See Guidebush Chart.

Links :
How to Cut Square Finger Joints
How to Select The Right Bits for Finger Joints.
Router and Guidebush Information
Gallery

*Patented in U.S.A., Canada and Europe 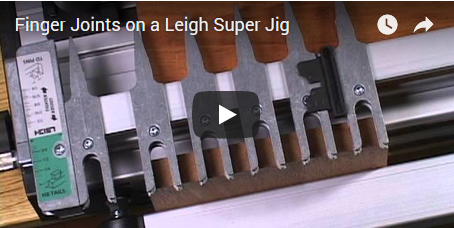